CGNA’s annual Spring Synergy Conference was held April 20-23 in Newport Beach, California. This event is for CGNA members and preferred vendors, and is organized so there are events that are just for members, just for vendors, and some that bring the whole group together. Here are some highlights from the 3 day event.

Bob Bernatz of the Table Group was the keynote speaker for the event. The Table Group is all about organizational health, so one of the first exercises we did as a group was to list the characteristics of a healthy team. Mr. Bernatz stated the two requirements for a successful group: that it be smart and healthy. He went on to say the “healthy will magnify the smart.” This makes a lot of sense, since a supportive and positive environment will promote growth and build upon itself. Some of the main themes of the discussion were the importance of clarity, communication, trust, and creating a thematic goal for your organization. 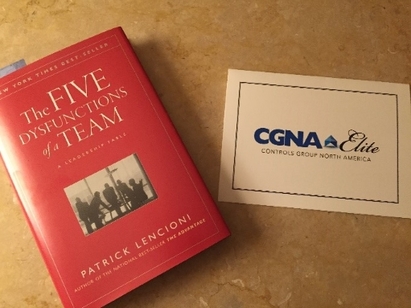 Another point that was made during the talk was about leadership. Mr. Bernatz stated the most successful leaders are “humble, hungry, and smart.” Of course, you can find examples of successful leaders who may have had only 2 of these 3 traits, but they aren’t the norm. Steve Jobs came up as an example of someone lacking humbleness, although there’s no doubt he was successful in many respects.

The talk was good, and was relevant to both vendors and members.
Later that evening, attendees were each given a book by Patrick Lencioni, founder of The Table Group, called “The Five Dysfunctions of a Team.”

One thing that sets the Synergy Conference apart from other industry events is Vendoropoly, the trade show portion of the conference, where CGNA vendors have the opportunity to display their product lines and talk to members. What makes Vendoropoly different is that members are encouraged to visit every vendor’s table, whether or not that member’s business is necessarily related to the vendor’s products. Members collect stickers from each vendor to put on a Monopoly-like board with each vendor’s name on it, hence the name Vendoropoly. This is nice for a few reasons. For one, since S4 is a fairly new preferred vendor for CGNA, members might not know who we are or what we do, and as such, might not know that our products could benefit their businesses. Additionally, since the building controls industry really isn’t that big, the power word of mouth advertising cannot be overlooked. Some of those CGNA members who aren’t going to be our customers might remember our products if Metasys® comes up in conversation with a colleague.

With so much of our work at S4 being done over email and the occasional phone call, it was nice to get to put faces to some of the names that have become familiar over the past year, along with making some new connections.

After Vendoropoly, the day’s events concluded with refreshments and awards. It was clear that CGNA is a tight-knit group, with many connections that go back decades. CGNA recently updated their logo to incorporate the word “Elite” – this change underlines the caliber of distributors and manufacturers involved in the group, as well as the commitment to excellence that runs through the organization. 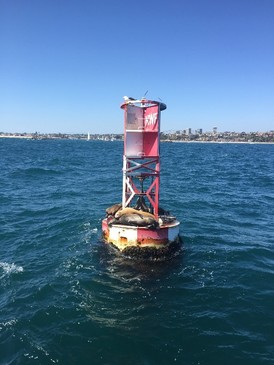 On final day of the Synergy Conference there was an optional whale watching tour. This was a fun and relaxing way to spend a final afternoon in sunny California. While we didn’t get to see any whales, we got great views of the coast and the beautiful water of the Pacific, and we got an up close look at a large group of dolphins and a small group of sea lions lounging on a buoy. It was worth it even without a whale sighting!