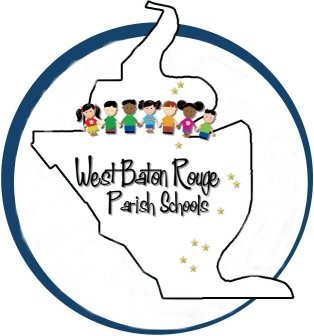 Louisiana’s West Baton Rouge Parish School Board had 10 buildings with legacy Johnson Controls Metasys® installations. The Metasys® infrastructure was originally installed as each school building was constructed or remodeled. Remote access had been implemented with dial up technology to each building from a central site. In some cases, these systems were in excess of 15 years old, with little maintenance performed in recent years.

In 2010, Star Service installed an S4 Open: OPC-N2 Router in each school building and an ASI controls Weblink server at the central site to provide centralized monitoring and control for the entire district. The central server utilizes the district intranet and a secure tunnel instantiated by the S4 Open Management Console running on the server to interconnect to the S4 Open: OPC-N2 Router in each district building. This configuration has been running successfully and meeting the project goals since 2010.

The school district’s central Metasys® site failed, and many of the dial-up links to school buildings were no longer operable. To make matters worse, many of the local control systems were permanently overridden to an “on state” using energy 24-7 instead of only during occupied hours. Basic occupant comfort needs were not being met in some areas, while others were being over conditioned. The school district called in the team from Star Service, Inc. to solve the occupant comfort problems and conserve energy at the same time. 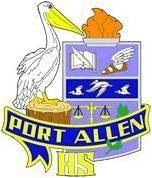 The solution implemented by Star Service used S4 Open Appliances and ASI Controls Weblink technology to meet all the requirements of the original project and generated significant cost savings. See our original case study for details. The S4 Open Appliances translate the legacy Metasys® N2 protocol at each of the 10 district school buildings to the open OPC protocol. Weblink provides a graphical user interface, real time and historical data trending, and control of every building in the district from any authorized user with a web browser.

THE REST OF THE STORY

The hardware supporting the ASI Weblink server at the central location recently suffered a catastrophic hardware failure and needed to be rebuilt. After ASI Weblink was re-installed it could not see the remote buildings so Star Service contacted The S4 Group for support. S4 was able to locate the version of the S4 Open Management Console in our archives that was installed 5 years ago and provided a copy to Star Service. They installed this software on the Weblink server. As the S4 Open: OPC-N2 Router in each remote building was automatically discovered its associated OPC proxy server was instantiated and communications was restored to the central ASI Weblink server. No changes were required to the S4 Open: OPC-N2 Router at each school building. Normal operations were very quickly restored. If you’re counting, the Metasys® technology had surpassed its expected useful life when the integration was performed back in 2010. The integration allowed Star Service to get five more years of service out of the N2 field controllers! At some point in the future, the School Board will need to re-invest in upgrading their building controls technology. Part of the value of performing the integration with S4 technology is that they can budget and plan for the replacement with Star Service on their own terms and timeline. Star Service and ASI Controls have a very happy customer with the West Baton Rouge Parish School Board with ongoing business and a long term relationship.

Star Service is a full service mechanical contractor, specializing in Preventive Maintenance and Turn-key Installation of HVAC systems. We can guarantee the costs associated with your mechanical systems throughout their life-cycle.