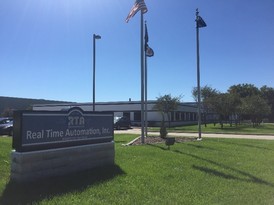 Stephanie attended the 2 day training last month at RTA headquarters in Pewaukee, Wisconsin. Topics covered included the physical layers in automation, Industrial protocols, and the more familiar building automation protocols. There were history lessons, too, in how some protocols have developed over time to stay relevant, while others have faded into the past. It was interesting to hear from my ‘classmates’ about what protocols they use most often, and their opinions about them.

We were sent home with several goodies, too – copies of John Rinaldi’s books on Modbus and OPC UA, an RTA University tee shirt, and their very cool Noah Ark device, which can be loaded with software to have it act as a BACnet client, BACnet server, or other protocol clients/servers. This is a great tool for the S4 test lab, without a doubt.

Of course, it wasn’t all work and no play. RTA treated the group to an authentic Brewers tailgate experience, and we even made it to the game! A special tailgate treat was a visit from a couple of the Brewer’s famous racing sausages.
We covered a lot of information during the two days, but, as expected, it was a fun experience. If you’ve ever read a copy of ‘The Best Darn Newsletter,’ then you know RTA doesn’t take themselves too seriously, but they sure do know their stuff. 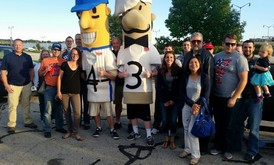 Real Time Automation is a leading supplier of protocol enabling technology. Offering a full range of protocol gateways, daughter cards and source code. For over 20 years RTA has been helping control engineers and building automation professionals move their data, where, when and how they want. Supplying simple solution with industry leading support. For more information contact Drew Baryenbruch at DBaryenbruch@rtaautomation.com.