The customer was Westport Community School district in Westport Massachusetts. Macomber Primary School contained a legacy Metasys® BAS which the school district wanted to bring under control of the KMC Total Control platform.

The customer set a few key requirements for the job. First, to integrate all schools in the district to one graphical headend. This would provide a single user interface with remote access for three schools. Two of the schools had KMC controls and one school had Johnson Controls Metasys® installed.

The customer wanted an ease of access to all schools from a remote internet connection, with one graphical platform, KMC Total Control. The Johnson Controls N30 would remain in place to provide scheduling, global variable support, and other services until it could be decommissioned. The Metasys® N2 field devices, UNT’s and 1 DX-9100, would be integrated into KMC Total Control while still being accessible by the Metasys® N30 supervisory controller.

Two of the schools were already KMC controls and integrated to the new KMC Total Control software package. The third school, Macomber Primary, was Johnson Controls Metasys® and needed to be placed on the KMC BACnet Total Control platform using the S4 Open: BACnet-N2 Router. 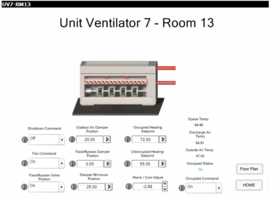 Greg found the only thing that was difficult to write to were the schedules in the N30. The Metasys® supervisory controller sits above the BACnet-N2 Router electrically and logically so it was beyond the reach of the BACnet-N2 Router. To solve this issue, he added a KMC BACnet building controller to take over the global commands and schedules from the N30 and this worked out perfectly. This also set the stage for decommissioning the N30. 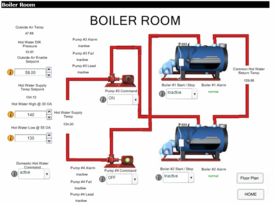 The customer was very happy that he was able to remotely see all the schools using one connection and receive alarms to his cell phone. He previously had to dial each school up using an old analog dial up. All schools were integrated to the KMC Total Control platform. This allowed for the school district to plan and budget for replacement of the JCI legacy system over time, eventually bringing the whole school system under the KMC control platform. New England Energy Controls has had a 10+ year relationship with this client and has maintained the control systems in their schools throughout this time. This project helped to solidify that relationship and carry it into the future. NEEC can expect to be there when the time comes to replace the legacy N2 devices with KMC equipment. 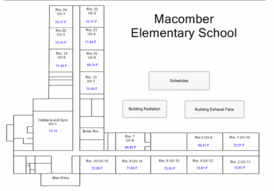 New England energy Controls, Inc. (NEEC) was founded in 1987. In addition to being a mechanical contractor, NEEC understands complex environmental controls and automated Building Management Systems. The company has earned a successful track record in both the public and private sectors by striving to improve the level of service to building owners and managers.

NEEC has 25+ years of KMC and Johnson Controls experience.

For further information about this project or others, please contact Greg Morris, Director of Building Automation Services at NEEC - email gmorris@neeccontrols.com or call 860-873-9999.