Integration where Strict Environmental Controls a Must

The customer facility was a critical environment within the New York City metropolitan area where rare, irreplaceable collections are preserved and archived. The location is highly secure, staffed by preservation professionals, and is not open to the public.

The project was to update approximately 40% of the existing mechanical systems between the two buildings and integrate the remaining 60% into Schneider Electric SmartStruxure Building Automation Software. The new BAS had to be completely functional as one system, through one graphical interface. The goal of the integration was to have one interface hosted on Schneider Electric’s front end, as opposed to having an antiquated Johnson Controls system running separately alongside a newly installed Schneider Electric system.

The existing Johnson Controls Metasys® N2 system originally controlled the entire facility. Part of the project plan was to salvage and utilize the existing Metasys® field devices in a large part of the building, avoiding both the cost of replacement and disruption to existing work spaces and collection archival areas.

The initial approach was to pursue a similar solution developed by an S4 group competitor. After reviewing their potential solution, Schneider Electric reached out to S4 to get a take on their proposed solution. Once they had the two solutions, they weighed the options and decided to pursue the S4 integration. The winning advantage found with the S4 gateway was its ability to discover all the devices on the communication loop without preprogramming the gateway prior to installation. 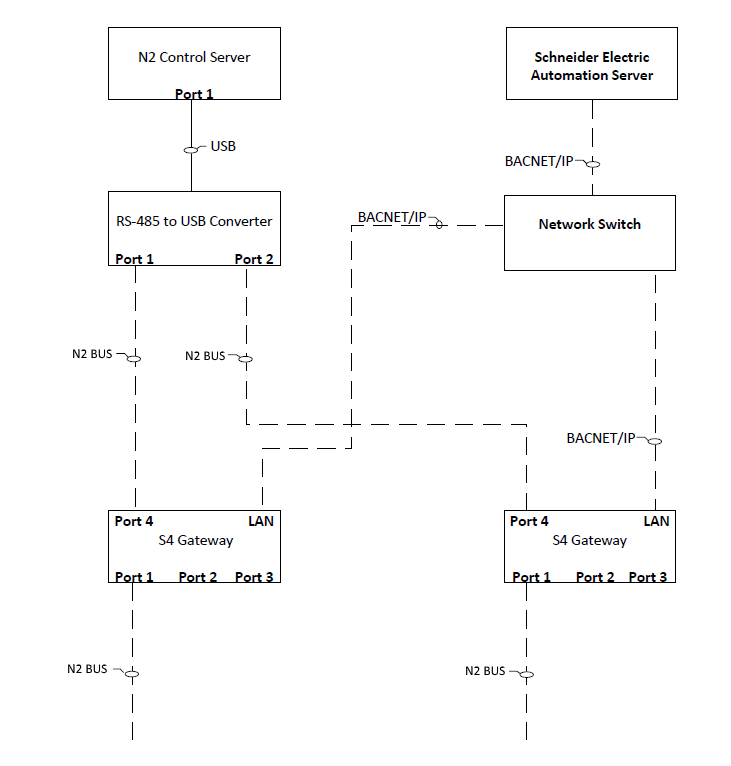 The outcomes were measured based on the customer’s satisfaction and the capability of the system. The customer and operator are finding the new system fully functional and useful in their daily activities.

Schneider Electric Buildings and the PA branch specifically have completed numerous complex controls projects in the NJ/NY/PA region, which helped build our reputation and comfort level with the customer. We have completed similar projects out of the PA branch, focusing on critical spaces and high profile clients. For more information contact: