The customer is a School District located in the towns of Browning and Baab Montana. The town of Browning has a population of 1,016 people, while Baab is a small unincorporated farming and ranching community in Glacier County, Montana, United States, on the Blackfeet Indian Reservation. The community experiences a large influx of tourists in the summer months, as it is the gateway to the Many Glacier area of Glacier National Park.

The school district was locked into Johnson Controls support agreements that weren’t keeping the system operating and were not delivering occupant comfort at critical times. Johnson Controls quoted a substantial amount of money for recommended upgrades to the systems that would return them to functioning condition. This was beyond the budget available, so the school district redefined their goals and considered other options. The goal of the project became to fix the system within the budget that was available, which the customer would measure by the ability to view a fully functioning, integrated system on one workstation. 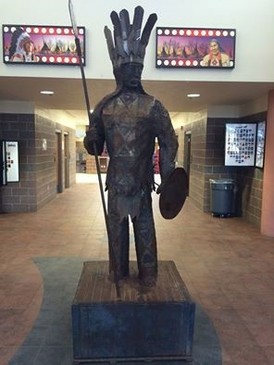 This new scope opened the opportunity for Facility Improvement Corporation (FICO) to expand their budding relationship with the school district. During the planning phase of the project, FICO discussed the replacement of all the controllers within the system. School district officials reiterated that this was too cost-prohibitive. FICO then did some investigation and found that although the Metasys® field devices were aging, they were still serviceable. With this knowledge they introduced the S4 Open: BACnet-N2 Router product, enabling an integration solution which brought immediate technical and operational improvements through a replacement head end. School officials felt this was a better solution. The solution accomplished the short term goal and laid the groundwork for long term replacement of the legacy devices in a way that could be budgeted and better managed than the previously proposed rip and replace scenario. With careful planning it is expected that this approach will be a more cost effective way to migrate to new technology. Even though this is not a large project, it showcases the unique capabilities of the BACnet-N2 Router and solved both technology and business issues for the school district.

FICO installed the S4 Open: BACnet N2 Router without assistance or training from The S4 Group, simply by following the Getting Started Guide and User Manual provided on the support CD. FICO was quite comfortable with validating the legacy Metasys® N2 bus and field devices before conducting the integration utilizing the JCI Metasys tools. The total installation took 90 hours including travel time, management and on-site technical time. Providing service to the schools is a 240 mile round trip on icy secondary roads 6 months of the year, which made it all the more important that the Browning/Baab public schools have a control system with equipment they can count on.

This project was a textbook success. The Configure Wizard found and identified each N2 device. The application specific devices were automatically interrogated during this process and the proper Device Template reflecting the application and associated point list in each device was assigned. At this point, each N2 device was published to BACnet/IP as an emulated BACnet device under a virtual BACnet Network. FICO’s proficiency with BACnet installations and integration allowed them to introduce the replacement head end system, Andover Continuum CyberStation with Web Client. 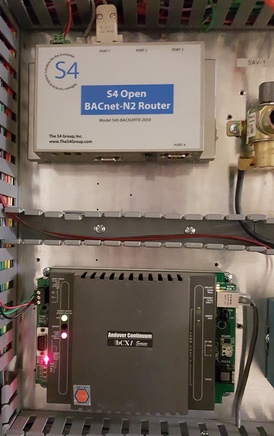 FICO’s relationship with the Browning Public School System opened the door for this opportunity. Their confidence in the S4 product along with their excellent project management skills drove the execution of this project to guarantee that their client would not have to incur exorbitant costs in order to get their system up and running and functioning as it was designed.

The customer is very happy with the results of project. The school district now has visibility and control from one place at their workstation and was able to upgrade for only 20% of the cost they had been quoted from Johnson Controls.

Before this project FICO had a budding relationship with the Browning Public School System. This solution helped solidify this relationship and has led to numerous projects and a flat spec relationship with a probable 10 year contract for another 4 schools, library, and other facility improvements FICO provides, including the introduction of SmartStruxure technology and services.

FICO specializes in Building Automation, New Building and Retro Commissioning, HVAC Service, and Consulting.
“We have an excellent reputation for getting the job done right the first time, and always demonstrating professionalism in salesmanship, design, management, and programming.” - Shane Jette.